In London Netball is for All! 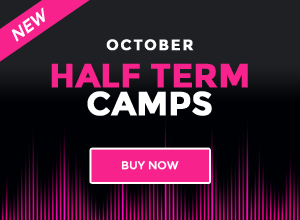 Visions in Education will be a lead partner for London Pulse sponsoring the 12 hub pathway squads across London and the South East. London Pulse provides the opportunity for finding, inspiring and developing the next generation of leading netballers to be Superleague and England stars of the future. As the provider of England’s performance pathway for London and the South East London Pulse have already developed exceptional talent, with many now playing Superleague netball.

London Pulse is also planning performance tours in the UK and abroad with Visions in Educations packages for netball tours as soon as we can start travelling safely once again.

London Pulse will also be running exciting competitions to win London Pulse merchandise via social media and the Visions in Education schools’ database.

“I’m delighted that London Pulse has worked successfully with Visions in Education to be our educational and hub partner. Visions in Education support our vision to develop talented athletes, offer quality tours and competition and provide a talent pathway that brings the best talent in London and the South East as one”.

“We are thrilled to be working with London Pulse Superleague. Our sponsorship of the London Pulse Hub pathway realises our vision to enable young athletes to participate in the many possibilities and opportunities that sport can play in a young person’s life.   Supporting the youth players who dream big and work hard, whether they choose to be players, officials or administrators aligns very well with our business of education and travel, and opens their eyes to the many ways sport can be a part of their future”.