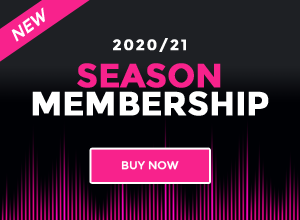 Now in approaching our third season, London Pulse are the rising stars of the Vitality Netball Superleague Championship.

It’s our vision that London Pulse are the beating heart of netball in London, a truly international city. We want to connect with the communities in London to play, watch and enjoy netball. We are passionate and committed to find and develop super talented athletes and to deliver world class netball in the Vitality Netball Superleague.

We compete in the country’s premier domestic competition but offer much more than just the superleague. London Pulse is passionate about attracting, inspiring and nurturing the most talented netballers across London. Our aim is to make them the next generation of leading netballers for their schools and clubs for London Pulse and England netball.

We are based at the iconic Copper Box Arena. The Copper Box has a capacity of 7,481 and is a multi-sport venue. It was used for the 2012 Summer Olympics, located in the Queen Elizabeth Olympic Park in the heart of London. There is now more attention on netball and elite sport in general than ever before.

Netball On The Rise

England Netball’s Commonwealth Games win in 2018 under the leadership of former Head Coach, Tracey Neville has really increased the profile of netball. Voted Team of the Year at the 2018 BBC Sports Personality of the Year Awards, they also won the public vote for Sporting Moment of the Year – Helen Housby’s last minute goal sealing the win and inspiring a generation.

Since England’s gold medal success at the Commonwealth Games in 2018 in netball, the sport has enjoyed increased interest and growing participation figures, with the Active Lives Adult Survey published in October 2019 revealing that a whopping 319,400 adults now play netball fortnightly.

We are committed to being part of the school and wider community, covering 32 London boroughs – extending our skills and experience to offer netball pathway coaching programmes, virtual camps, pathway trials, inspirational netball tours, annual corporate cup, disability and visually impaired netball, netball for the elderly and walking netball in as many parts of the city as possible.

London Pulse works in partnership with Primary and Secondary schools and offer workshops for teachers and students in addition to competition opportunities. If you are interested in hosting one of our programs please contact info@londonpulsenetball.com

London Pulse is led by CEO and Director of Netball, Sam Bird. Sam has played for England and is now an England netball selector and coach. Sam is incredibly passionate leading, developing and mentoring our coaches and athletes to be the very best they can be.

We are proud that our superleague team is a mix of some of the most talented players from around the world. The squad is a vibrant mixture of home-grown talent, newly signed athletes with a sprinkling of international stars.

The Magic of London

Londoners certainly have a passion for netball – with sell-out crowds at International and Superleague matches held in the capital at our iconic venue, Copper Box Arena, Queen Elizabeth Olympic Park underpinned by a structure of numerous pathway hubs across London.

London has a unique identity, bustling economy, vibrant, social and cultural hotspots all providing the perfect backdrop for a London based team. We are proud to become the home for netball in London reflecting all of our diverse communities. Beyond our sport London Pulse will be a team that our capital city will be proud to support as an emblem of women’s empowerment.

London Pulse has the opportunity for finding, inspiring and developing the next generation of leading netballers to be Superleague and England stars of the future. As the provider of England Netball’s performance pathway for London and surrounding areas, we already have an impressive track record to be proud of.

Our performance pathway for young athletes aged 14-21 has already produced exceptional talent, with many now playing Superleague netball. Last year, hundreds trialled to join the pathway from across the London region and beyond.